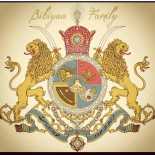 about meaningful change via charitable causes or other non-profit means.

Companies looking for consideration should reach out using our simple contact form and tell us why they think they should be selected.